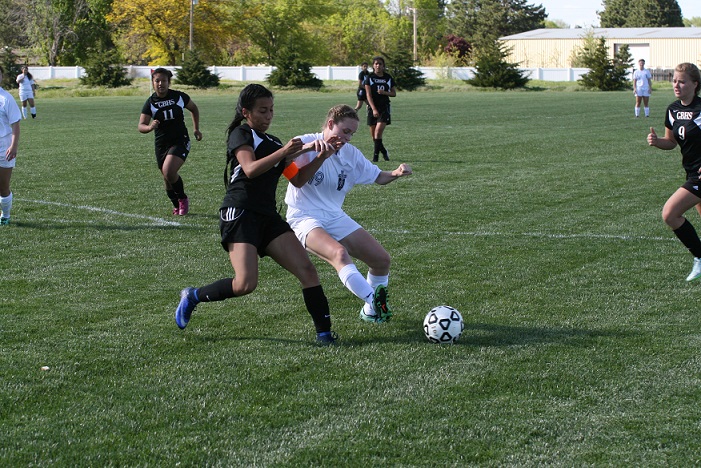 The TMP Monarchs’ magical season continued with a 9-2 victory over visiting Great Bend. TMP scored in less than thirty seconds and never looked back.

The Monarchs have been busy lately, playing four games in five days and the players looked tired at the beginning. After scoring the first goal, the Monarchs took their foot off the gas, missing shots they normally make and playing a few steps out of rhythm.

Unfortunately for Great Bend, it was just a phase. The Monarchs stormed back, sophomore Kayla Vitztum continued her fantastic season with two goals, along with senior Bailey Hageman who chipped in two.

The Monarchs have only allowed ten goals all season but it’s their offense that gets the team fired up.

“It’s just a really good energy, everyone gets excited and you’re playing really well and you’re proud of your teammates that they’re playing well and we just feed off of it,” junior Megan Koenigsman said.

With only a handful of games remaining, the ten seniors are soaking up the experience.

“I reminded them at the beginning of the season… when that last second rolls of in that last game this is it,” head coach Darryl Wellbrock said. “So don’t be lax at practice or in the game.”