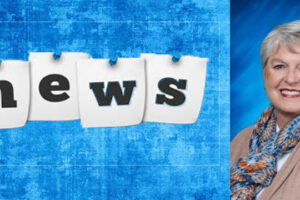 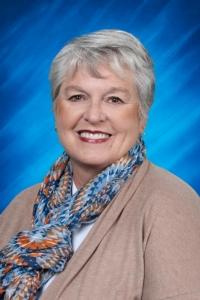 Longtime, high-school band and vocal instructor, Kathy Amrein has announced her retirement from teaching at the end of the 19-20 school year.

Amrein’s 40-year teaching career included time in both Ellis and La Crosse before coming to TMP-Marian in 2001 where she has remained for 19 years. “When Jean Ross [past TMP-Marian President] said this was ‘God’s School,’ I knew God would take care of us and it was His intervention that helped me to land the job I still love today,” said Amrein.

“Kathy always pours her heart and soul into the students’ music and performances. Her fire and sense of humor will be missed by many,” said principal Chad Meitner.

“Watching her inspire the students with her love of music has created the legacy she will leave here at this school. She will be missed more than she knows,” said Jr/Sr Spanish instructor, Melissa ‘04 Pinkney.

“Kathy is an original. There will never be anyone like her again at TMP-Marian,” echoed Debate, Forensics, & Drama instructor, Travis Grizzell.

This weekend marked Amrein’s final act as the director of the annual TMP-Marian Pop Singers Dinner Show. The three-show performance in the Dreiling Theater showcased “Blasts from the Past,” filled with song selections that spanned the years of Amrein’s direction. Alumni from across her tenure, surprised her on stage to bid farewell and to offer thanks.

“Mrs. Amrein helped me grow in my love for music and supported me throughout high school as a student and Pop Singer. I will forever be grateful for a teacher like her. In addition, getting to teach alongside Kathy for the past 13 years has been a blessing,” added Pinkney.

Mrs. Alexandra Rome, band and vocal instructor at Holy Family Elementary, will take over as the Pop Singers coach and sponsor in the 2020-2021 academic year.

Kathy is married to Allan Amrein, assistant TMP-Marian high school football coach and mother to Holly ‘07 Dreiling Lang and Hannah ‘13 Dreiling Schmidt. She is well known in the community because of her active work with funerals and weddings. She works with church liturgies in Victoria at St. Fidelis Basilica. In retirement, Mrs. Amrein hopes to participate in the community choir and orchestra as well as work with cancer and Alzheimer patients by using music therapy and to spend more time with her grandchildren.