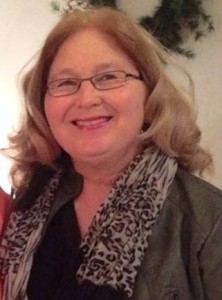 The nomination for this advisor does not come just from the nominating club, it comes from all who know this woman. Those who know her, know she does everything for others first. Taking on the responsibility of Key Club advisor was not part of her job requirement;  she saw it as an opportunity to teach students about service and how little things can make big impacts. This woman has worked tirelessly to help make each project and service project reverberate in the school and community. Everything this advisor does turns into a  domino effect of people helping each other, whether it be in Key Club, the school’s Campus Ministry, or other organizations that she participates in. Under her guidance this club has flourished, more service projects have been created and completed with outstanding  results, and the membership has increased and held steady regardless of conflicting meetings within the school. Key Club is not an uncommon club or name, and that is attributed to this advisor and all she has done to implement Key Club in the student’s everyday life. Those who know Mrs. Barb Wagoner, know she is the pillar of service at Thomas More Prep-Marian. Along with being an amazing advisor, she is also in charge of the school’s Campus Ministry. This allows her to visit with all students each of who are required to turn  in ten hours of service each quarter. This allows her to see which service opportunities benefited them the most. She brings all she learns from student’s individual service back to Key Club, in turn making projects better and more student orientated. Despite her many  accomplishments, the most inspiring part of Mrs. Wagoner is how she leads by example and encourages all to serve God and serve others. She has encouraged many in their faith lives over the years and through numerous projects, volunteer opportunities, and organizations. Mrs. Wagoner has truly shown what it means to serve others.

Mrs. Barb Wagoner has been involved in Key Club service for five years, but she has been a leader of service to others for much longer. After working in the public school system, teaching special education classes for 30 years, she retired and began work at Thomas More Prep-Marian as Campus Minister. Having always been a woman of service, this job fitted her well, helping students and the community. She is an active participant in a local woman’s Bible Study and prayer group. She does not end her time with high school students when she leaves TMP; she continues to spend time with students during the weekend by being an active core member in her church’s Life Teen program. When something is asked of Mrs. Wagoner she never says no. She is constantly adding to her plate and is rarely noticed for all that she does. At school she is not only Key Club advisor and Campus Minister, she has accepted the role of being a member of the school’s administrative team and leadership team. Being a woman of great faith, she began to help with Hays’ “Festival of Faith” and has now become the most influential person in that operation. Although Mrs. Wagoner has reached most of the community, her biggest impact has been on her children, who value and mirror the selflessness of their mother.