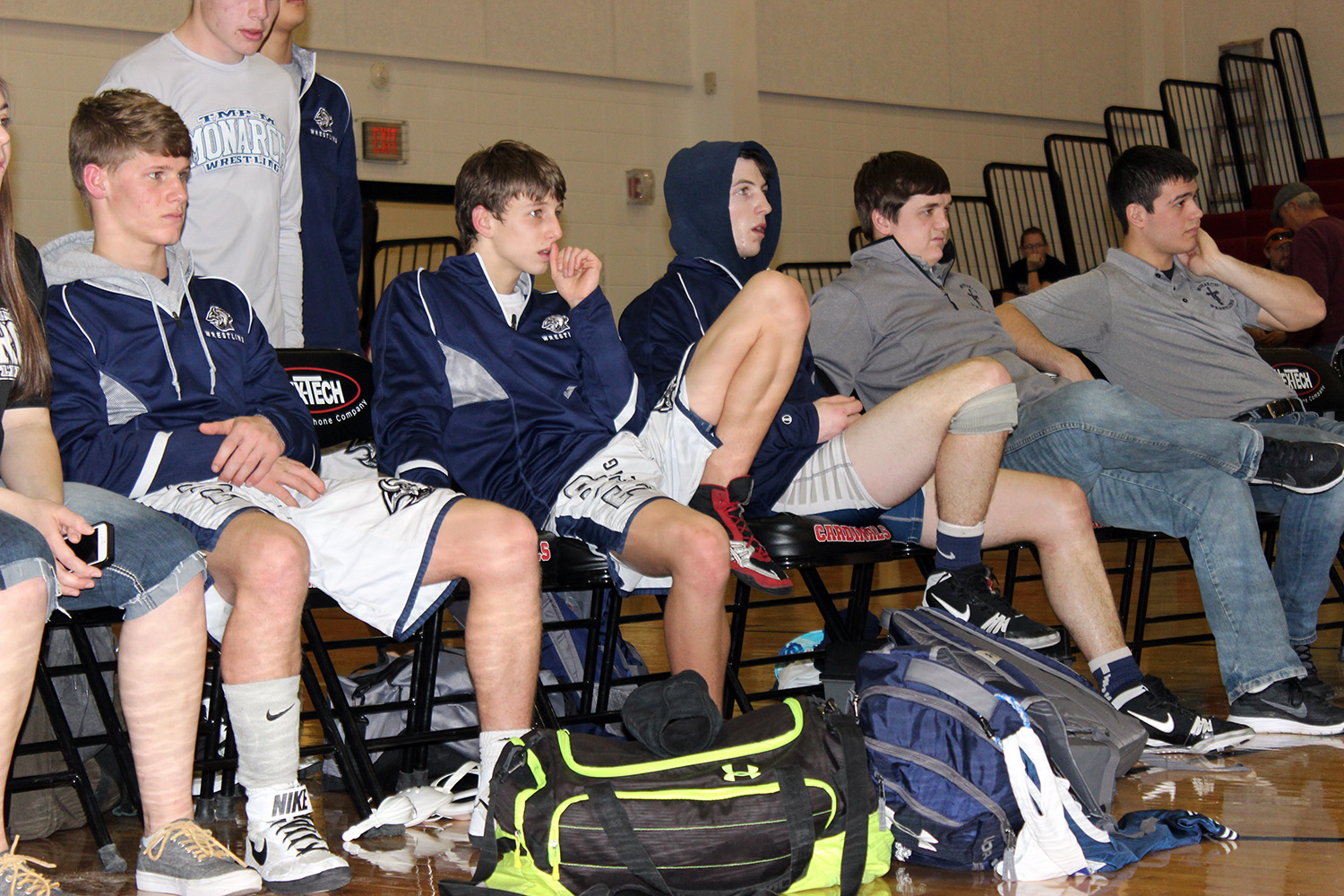 Hockett Comes Out On Top

If you were to ask Ricky Hockett ’16 what match haunts him at night, he might just tell you the MCL Tournament finals match in December 2015.  Hockett wrestled Plainville’s Kerns only to get stuck in the first period, which no one expected.  Kerns and Hockett are currently 5th and 6th place respectively in the 3-2-1A Class State Rankings.

Hockett met up with Kerns again on Friday, January 29th, at the Plainville dual.  It was unspoken, but in the large crowd that formed Friday for Senior Night in Plainville, the re-match between Hockett and Kerns was on everyone’s mind.  In the end, Hockett defeated Kerns 11-5.  Lovewell, Rhoades, and Taylor also beat their Plainville opponent.

The TMP-Marian wrestling team traveled to the Western Classic Tournament of Champions on January 30th.  Most of the team sent was comprised of the Monarchs JV wrestlers and junior Tucker Rhoades ’17 who went in to the tournament 22-2.  Rhoades spent most of the tournament sick and questioned a few times if he should continue wrestling in the tournament.

Rhoades stuck it out and made it in to the finals against Smith Center’s Colton Hutchinson, currently ranked third in the state, defeating 4th ranked Rawlins County’s Joey McFee in the semi-finals.  Rhoades lost to Hutchinson by a 4-3 decision.  The next tournament for the Monarchs is the Panther Classic on February 6th, where Rhoades may be able to seek redemption against Smith Center’s Hutchinson.