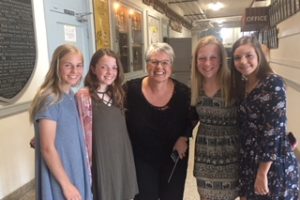 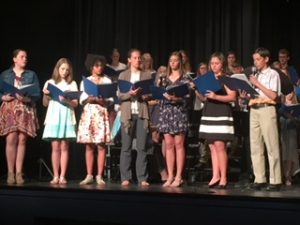 The JH had their Spring Concert along with the Academic Awards Ceremony in the Dreiling Theatre.  Concert Choir sang “Come to the Music,” “Eres Tu/Touch the Wind,” “Take Me Home,” “Gloria,” “Riversong,” “10,000 Reasons/What a Beautiful Name,” and “This is me.” 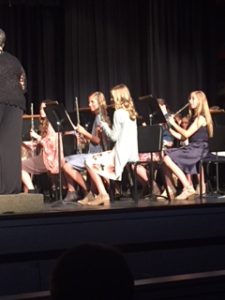 Both songs, “Take Me Home” and “Riversong,” were awarded a 1 Rating at MCEL.  Soloists were Maggie Baalmann, Madelyn Seiler, Mindi Veach and Jessica Herrman.

Closing prayer was delivered by Alexis Bohm, Builders Club President, followed by “Worthy Is The Lamb,” sung by Monarch Music.

All in all, a wonderful night filled with well deserved recognition of the 7th and 8th Grade Students at TMP-Marian Junior High School.