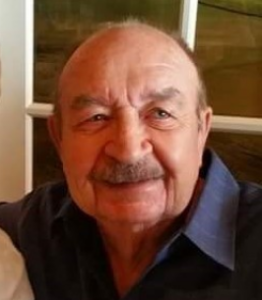 LeRoy Joseph Rome passed away on February 27, 2021, at the age of 85 years in Wheat Ridge, Colorado. LeRoy was born November 14, 1935, in Victoria, Kansas to the late Edgar M. and Clara (Windholz) Rome. He grew up in Hays, Kansas learning the farm life with his Rome and Windholz relatives. He attended St. Joseph’s Military Academy and graduated in 1953. From there he went on to serve in the United States Army as a Corporal E4. He served in Mannheim, Germany where he was very proud to have been awarded “Soldier of the Month”. When working at a summer job in Denver, Colorado he made his way west to a Golden High School football game where he met a cheerleader named Carole Williams. They were wed on August 30, 1956, at St. Joseph’s Church in Golden, Colorado.

In 1958 he began his lifelong career as an Electrician at the Denver and Rio Grande Western Railroad where he retired after 38 years. He was heavily involved with the International Brotherhood of Electrical Workers (IBEW) as a Union Officer and General Chairman for 30+ years. In addition, he served as President of the Rio Grande Credit Union. He was a proud member of the American Legion Post 21 in Golden, Colorado where he served in many officer positions throughout the years. He was also a member of the Golden VFW Post 4171.

LeRoy’s family meant everything to him. They would load up the camper and go fishing in the Colorado mountains when they were young. He was an avid reader of non-fiction books. He was always busy doing or organizing something and never sat still for long. He loved to collect items and had two of everything which made him a very giving man. You couldn’t leave his house without something in your hand. He enjoyed entertaining and his door was always open to family and friends. The most special thing about LeRoy is that he never met a stranger. He formed a relationship with everyone he met. Telling stories and jokes was his very best quality and all have been lucky to have heard him over the years.

He was preceded in death by his parents Edgar and Clara, brothers Norman and Timothy Rome, and granddaughter, Megan Cook. He is survived by his wife Carole Rome of Golden, brother Hubert Rome of Mesa, Arizona, and his four children Lezlee Rome (Terry), Terry Rome (Rose), Michelle Wareham (Paul) all of Golden, and Mike Rome (Sandy) of St. Petersburg, Florida. He is also survived by his grandchildren, Molly Cook, Emily (Wareham) Valliere, Ryan Wareham, Stephanie Tyler, and Sandra Prince, and four great-grandchildren all of Golden.