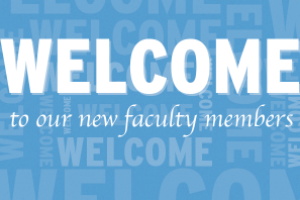 As we continue to make preparations for the upcoming academic year, TMP-Marian is pleased to announce the following additions to our faculty and staff:

Keri Maricle will be joining the high school science department as an instructor in biology, advanced biology, and anatomy and physiology. Maricle received her BS in Science from Fort Hays State University with a concentration in botany. She received her MS in Biological Science from Fort Hays State University. Most recently she has been a laboratory instructor at FHSU in botany, human biology, and principles of biology. She has been awarded research fellowships from the American Society of Plant Biologists and the Environmental Protection Agency Greater Research Opportunities (GRO). Maricle has authored and co-authored dozens of published manuscripts, abstracts, and presentations. We are proud to announce Keri Maricle as the newest addition to our Science Department faculty.

The Monarch Debate and Forensics Squads will be under the direction of Mr. Travis Grizzell. Grizzell has a long history with TMP-Marian, most recently as director of the school’s fall and spring productions. Under his leadership participation in the performing arts has grown dramatically, and several of his students have been honored by Music Theatre of Wichita’s Jester Award nominations. Grizzell will teach drama, advanced drama, debate, and forensics as well as coach the squads. Grizzell is married to Pam ’86 (Penka) Grizzell. We are anxious to see Travis in his expanded role at TMP-Marian.

The new head mens’ Monarch wrestling coach is Austin Tatro. Tatro holds a BS in Health and Human Performance from Fort Hays State University. Last year he served as an assistant wrestling coach in Russell, Kan. Tatro is a former FHSU wrestler, peer mentor, youth wrestling coach, and is a certified personal trainer. We are looking forward to Austin’s example of leadership to the young men in the Monarch Wrestling program.

Monarch cheerleading is newly under the direction of Denise Weigel. Weigel is a graduate of Ellis High School and FHSU. She has served as assistant cheerleading coach for TMP-Marian for the past several years. She has already been working with the squad this summer, and we know she has big plans for the future of Monarch Cheer.

Please join us in welcoming these new and returning faculty and coaches into the Monarch Family.