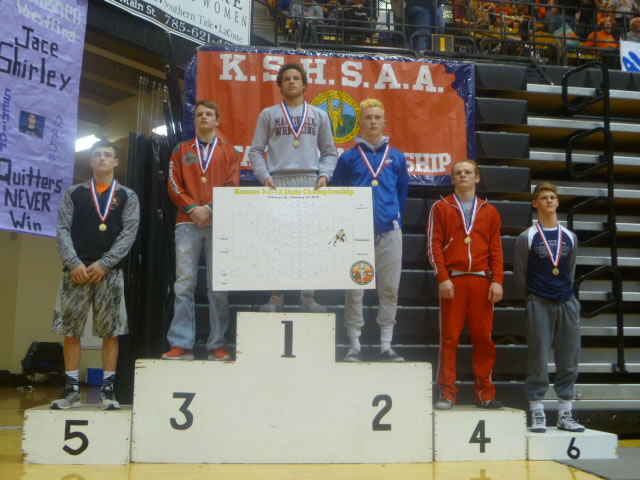 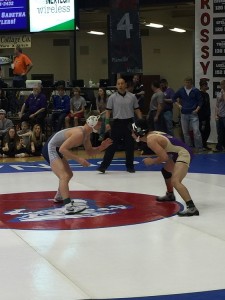 Tucker Rhoades ’17 wrestled his first opponent in the 321A State Wrestling Tournament Friday morning.  Rhoades led the match 6-1 going into the third period, when he pinned his opponent to advance to the quarter finals.

In the consolation quarter finals, also known as the heartbreak round of state, Rhoades wrestled Fredonia junior Devin Voth to advance to the consolation semi finals.  Rhoades pinned Voth in the third period with seconds left on the clock.

Rhoades was defeated in the consolation semi finals by season rival, Smith Center’s Colton Hutchinson.  The score was 6-4.  Rhoades will wrestle for 5th and 6th place.

In his last match of the season, Rhoades was defeated by junior Hunter Ostertag of ACCHS for a sixth place finishing at this year’s 321A State Wrestling Tournament 9-1.  Ostertag was the state champion last year at 120 pounds.