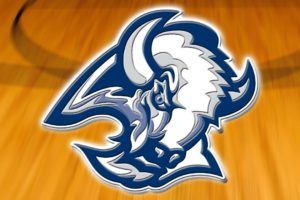 With another blowout victory, this one a 80-55 demolition of Stockton, the TMP Lady Monarchs won their fourteenth straight game. Lead by juniors Madyson Koerner and Megan Koenigsman, 24 and 23 points a piece, the Monarchs are one of the most dangerous teams in 3A girls basketball. Only they haven’t been recognized as such.

When the newest KBCA rankings came out, TMP was once again on the outside looking in. While it may seem like they would care, they don’t.

“We don’t really pay attention to that, I mean we just work hard, try to win each game and without being ranked there’s no pressure on us, it’s just fun basketball,” said Koenigsman.

Last year the Monarchs were ranked 3rd in 4A-Division II heading into substate. After a terrific regular season, the girls were upset by Colby, sending them home frustrated and shocked.

“Last year having the pressure of everyone saying ‘you’re ranked, you’re on a streak’, yeah we felt it,” Koenigsman said. “Each game it just messed with our playing a little bit, this year we’re pressure free and we’re just playing to the best of our abilities.”

It’s working. Against 5A Great Bend, the Monarchs trailed 55-53 heading into the fourth quarter, only to storm back and win 84-72. After last season’s disappointing end, the girls have only one goal.

“We’re just trying to go to state this year because it ended so early last year, we just don’t want that to happen again,” Koerner said.

The Monarchs travel to Plainville next week and will try to make it 15 in a row.