Stein to Continue TMP-Marian Excellence in Music, Carry-on for Amrein 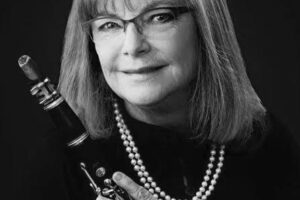 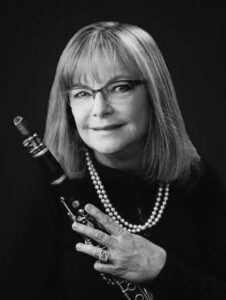 TMP-Marian is pleased to announce that Wendy Stein will join TMP-Marian Jr./Sr. High School as Instrumental Music instructor in preparation for the 2020-21 academic year.

After earning her Bachelor of Arts from Marymount and Master of Music Education from Kansas State University, Stein has instructed Instrumental Music, grades 5-12, for over 40 years. Her career began in Solomon, Kan., with her most recent position at St. John’s Military Academy, Salina, Kan., concluding after 35 years when the school closed in 2019.

In her new role with TMP-Marian, Stein will take over for Kathy Dreiling-Amrein who will be retiring at the conclusion of the 2019-20 academic year after 19 years with the school.

“It is an honor to follow in the footsteps of Kathy Dreiling-Amrein whose gift to her replacement was to leave behind a solid program built on hard work and discipline,” said Stein.

“My goal is to inspire the students at TMP-Marian to want more from me and expect more from themselves. My hope is that each student will accept the role they must play in their own education and enter the classroom ready to learn more about themselves and the language of music. I’m excited for the opportunity to continue making music in a faith-based school with a rich history of excellence,” added Stein.

Stein has performed with the Salina Symphony, Hays Big Band, Symphony Quintet, and the Van Stein Camerata. In addition she holds the title of Honorary Colonel from St. John’s Military School and resides on the school’s Wall of Fame for her dedication to her students.

“It is impossible to fill Kathy Amrein’s shoes but if someone could get close, it would be Mrs. Stein. Because of her experience in private schools and her energy to build music appreciation and fine musicians, TMP-Marian is excited for our students,” said TMP-Marian Principal, Chad Meitner.