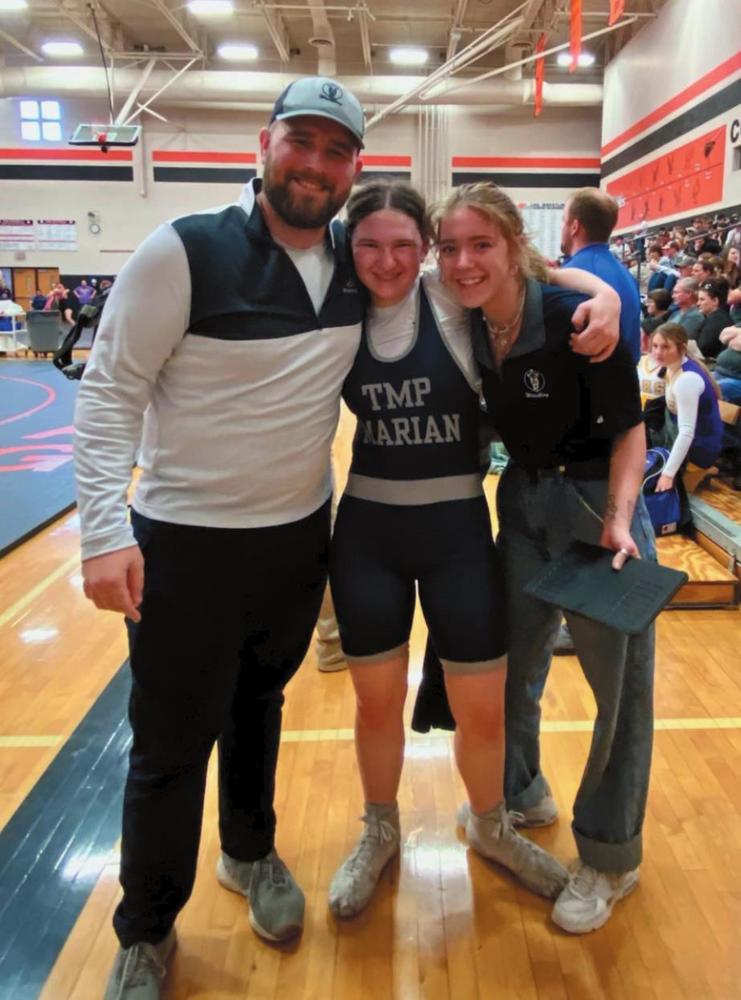 Stein – also the first girl to compete in wrestling for the Monarchs – finished third at 143 pounds at the Class 4-1A regional. Stein (18-15) will wrestle at the state tournament Feb. 23-24 in Salina.

“She was so excited,” said first-year TMP-M assistant coach Kate Jennings, who works with the girls’ program.

“Going into the regional, I thought she could compete for a spot at the tournament,” Tatro said. “She is incredibly coachable and just loves the sport.”

Since she is the lone girls’ wrestler in the high school program, Stein got practice work in during the junior high program’s season. That squad had three girls’ wrestlers. Stein also used Jennings as a sparring partner.

Jennings, who graduated from Salina Central last spring, wrestled for two years there and before that with Ell-Saline. Jennings was second at an unofficial state tournament as a freshman, went to state as a sophomore and medaled as a senior, taking sixth.

“Claudine also is the same style wrestler as I am,” Jennings said. “She’s made the same mistakes I made when I was new. It’s easy to give her little tips and tricks that helped me become successful.”

“I really hope it is the start of something at TMP,” Jennings said. “Once word gets out that girls can wrestle and be successful, too, I’m hoping more girls will be tempted to go out.”